To view all available works by Artist Dorian Vallejo visit artsy. Born into an artistic family Dorian literally began drawing while sitting on his father’s lap as a toddler. His first commissions were at the age of 11. A few years later at the age of 14 he attended his first sketch classes with his parents.  Dorian then began his career in his late teens when he began receiving commissions from book publishers in New York while attending the School of Visual Arts in New York. As the field increasingly began to incorporate the use of computer-generated images, Vallejo felt the need to pursue other avenues with his art. His love of traditional media and people, drew him to classical portraiture and to focus on personal work where he had the freedom to explore his other artist interests. 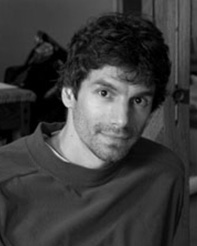 I'm interested in the psychology of our inner selves, the conscious exploration and the interplay between the two realms of existence. Essentially, I see that process and our challenge to balance the lighter and darker sides of our persona as a beautiful dance.